In the early 20th century Zeehan was on a par with Hobart and Launceston and was one of Tasmania’s most important towns. Now just a shadow of it’s former mining glory Zeehan is nevertheless a fascinating place to visit and spend some time exploring.

Today Zeehan’s attractions tend to be of the outdoor type. The town’s former port is about 20 km west at Trial Harbour, a popular fishing spot just north of Tasmania’s longest beach, the magnificent Ocean Beach. Another great sea-fishing spot is Granville Harbour to the north. Lakes like Lake Pieman offer excellent trout fishing and there are several scenic walks around town, including Mount Zeehan. One popular walk or bike ride is through the Spray Tunnel, a disused railway tunnel at the end of Main Street. About 10 km from Zeehan is Dundas, once a prospering mining town but today deserted. The main attraction in Zehan now is the West Coast Heritage Centre. Comprised of a number of prominent buildings including the Zeehan School of Mines and Metallurgy, the old Post Office, Police Station and Court House, the Masonic Lodge and the Gaiety Theatre and Grand Hotel, visiting will give you a fascinating insight into what life was like ‘back then’. 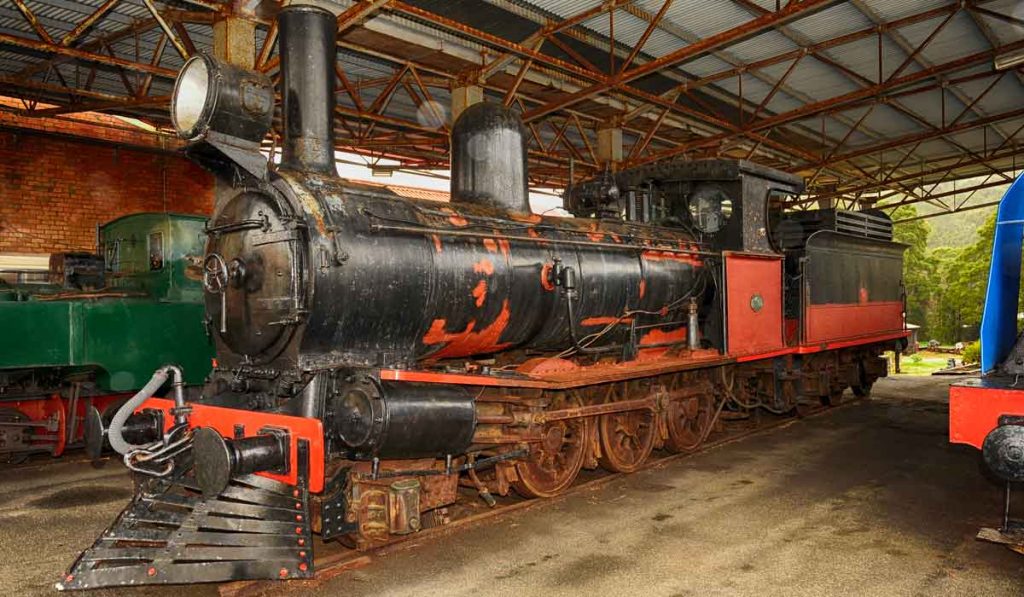 Bayer-Peacock Locomotive at the West Coast Heritage Centre. In service in Tasmania between 1884 and 1961

A Great Australian Secret Experience –  In June this year we spent a day in Zeehan, mainly at the West Coast Heritage Centre and we found this to be totally captivating with machinery, trains, blacksmith shop, underground mine experience and everything you could think of from Zeehan’s mining days. There was even a fossilised hat! One of the most fascinating exhibits for us was the model of the old Renison Tin Mine constructed by workers on light duties, showing how massive it was with over 160 kms of tunnels.

We walked around the old Gaiety Theatre, which was once the largest concert hall in Australia,  and we could feel the history and atmosphere that seems to be imprinted in he walls …and we felt we could almost hear some of the performances from the past.

Our time spent in Zeehan was well worth it and the people there made us feel very welcome. Model of the renison tin mine at the west coast heritage centre. There are over 160 kms of tunnels. 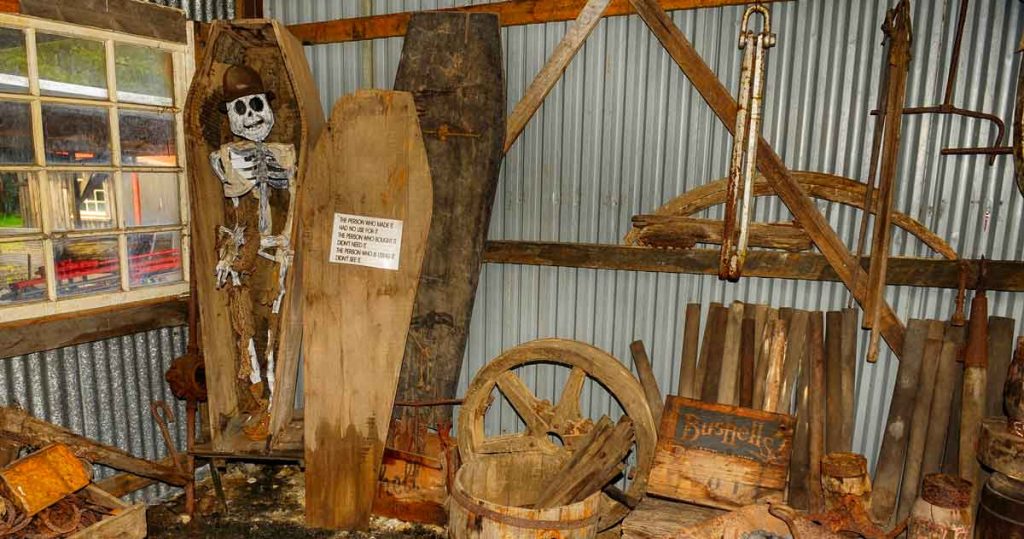 The blacksmiths shop at the west coast heritage centre. someone’s been there a little too long…

How to get to Zeehan.

Nestled among rugged mountains and hills, Zeehan is about 4 hours’ drive from Hobart, while the trip from Launceston will take you a little over 3 hours. From Hobart, simply take the Lyell Highway, to Queenstown. From here the short stretch to Zeehan is called the Zeehan Highway. From Launceston you have several options. One is to drive along the Tasman Highway to just past Burnie and then continue south along the Murchison Highway, which will take you to Zeehan. From Burnie you can take the Ridgley Highway. Near Waratah this road intersects with the Murchison Highway. Another way to get to the Murchison Highway and then on to Zeehan is to take the Tasman Highway to Elizabeth Town and then drive the smaller roads via Railton, Sheffield, Moina and along the northern edge of the Cradle Mountain-St Clair National Park.

The Toomeginne and Peerapper were the original people who lived in the area of what was to become Zeehan. When Abel Tasman sailed along the Tasmanian coast in 1642, he sighted a mountain and named it after his brig, the Zeahan. In 1802 George Bass and Matthew Flinders changed the name slightly to Mount Zeehan and also named nearby Mount Heemskirk after another one of Tasman’s ships. 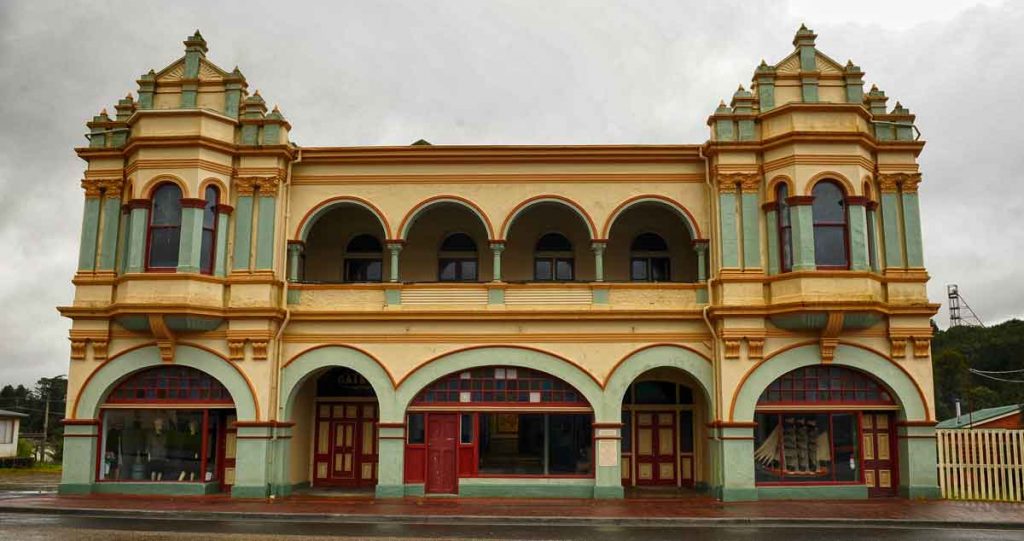 The Gaiety Theatre at Zeehan.

For many decades this area was unexplored wilderness. Then, in 1871, tin was discovered at Mount Bischoff near present-day Waratah. This drew miners to the region and they started exploring. Eight years later, more tin deposits were discovered at Mount Heemskirk and a mining boom followed. However, the dream soon died and in 1882, four of the miners moved a little south. In December of that year, Frank Long found silver-lead in this new area and suddenly the dream of riches was alive again for many. Zeehan grew so quickly that within a decade, it was Tasmania’s third largest town. Many people referred to it as the ‘Silver City of the West’.

Elegant buildings popped up and the town even had its own stock exchange. In 1894 the Zeehan School of Mines and Metallurgy opened and in around 1902 it moved to new premises. This building now houses the West Coast Heritage Centre, where you can find out more about the town’s history. An entry ticket to this museum allows you to visit the imposing Gaiety Theatre, which also housed the upmarket Grand Hotel. It was built in 1898 and could seat more than 1,000 people, making it Australia’s largest concert hall at the time. Legend has it that some of the stars that graced its stages included Dame Nellie Melba, Enrico Caruso and the notorious dancer Lola Montez.

Unfortunately what goes up, must come down and by 1910 the ore was becoming depleted. The town went into a decline and its population dropped to about 650 by the 1950s. In 1960, Zeehan’s last silver mine closed down.

Above the front door of the gaiety theatre 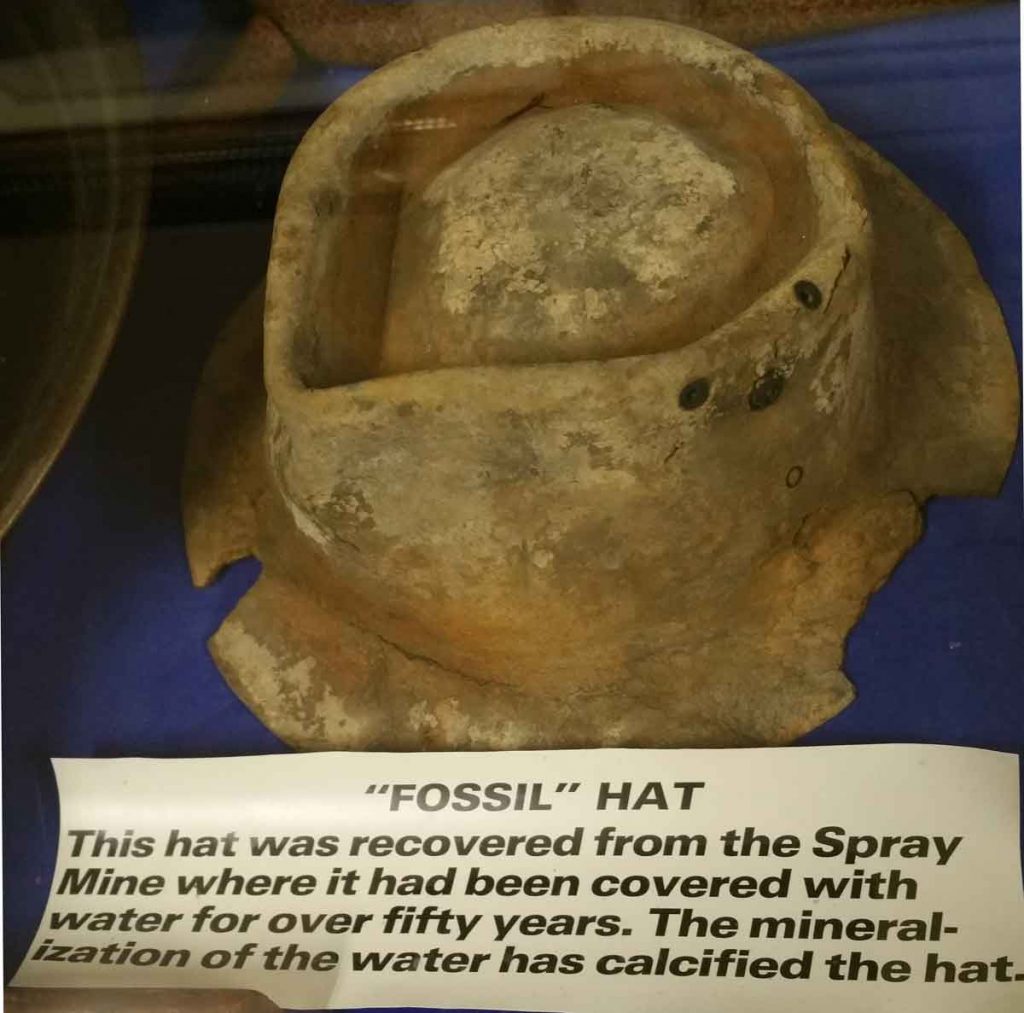