Tasmanian whisky is world class… and we have the awards to prove it. The combination of premium local ingredients, pure Tasmanian water and a touch of alchemy from our passionate whisky distillers positions Tasmania as a whisky drinker’s paradise.

Tasmanian whisky makers produce some of the best single malt whisky in the world. In 2014, Tasmanian distiller Sullivan’s Cove won the single malt category of the World Whisky Awards with their limited edition French Oak Cask. The winning drop was selected from over three hundred varieties, including entries from respected pedigree whisky producers from Scotland and Japan.

Until the early 1990’s, a 150 year government ban prevented whisky production in Tasmania. The hiatus was lifted after whisky entrepreneur Bill Lark challenged the ban and obtained a license to become the pioneer of Tasmania’s whisky renaissance.

Today there are nine licensed whisky distilleries across the state. Tasmanian whisky has clearly made a place for itself on the global stage and is consistently exported to Europe, North America and Asia. Whisky distillers in Tasmania form an unspoken alliance through their shared vision of seeing Tasmanian whisky enjoyed, discussed and respected as a world standard. Choose a distillery from below: 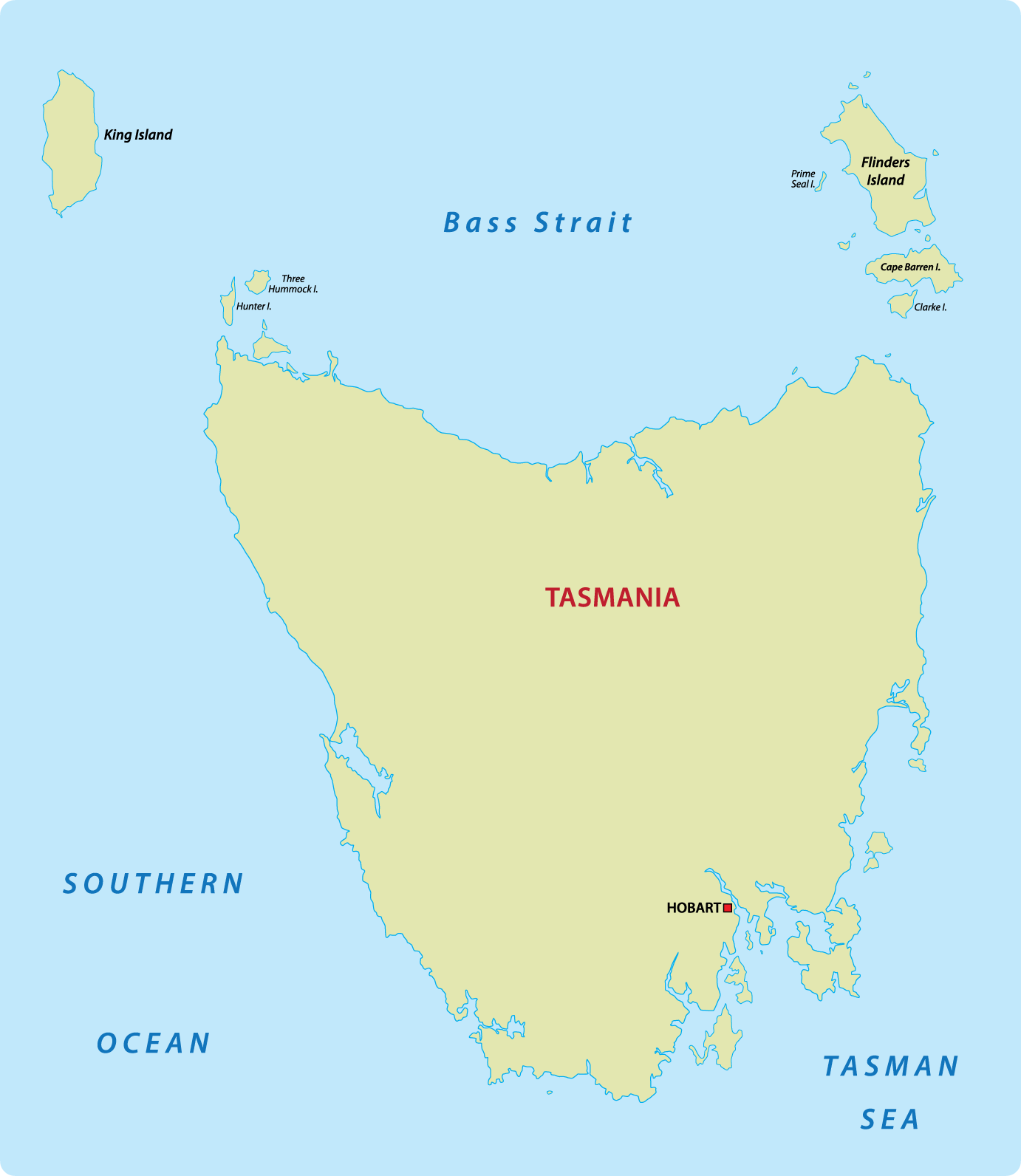 Lark Distillery was established in 1992 when whisky visionary Bill Lark challenged the 150 year ban on Tasmanian whisky production. Inspired by the pristine Tasmanian environment and the ‘perfect’ climate for distilling whisky, Bill and his wife Lyn started producing small batches of spirits at their residence using a small 20 litre still.

Today, Lark Distillery produces approximately 10-12 hundred litre barrels of liquid gold per month, using a combination of (a) their 1800 litre still and (b) their unsurpassed passion for Tasmanian whisky. The distillery uses smaller barrels to enhance the flavour profile of their whiskies, and is the only distillery in Tasmania to own a peat bog.

Lark Distillery is located along Hobart’s waterfront and is responsible for the revival of Tasmania’s whisky industry… and is the ideal first destination for whisky lovers visiting Tasmania.

Directions to The Lark Distillery

Guided tours are conducted around the distillery. For more info visit their website. Return to top.

Nant Distillery is a headstrong whisky producer located in Bothwell, Central Highlands. Established in 2008, the distillery has seen phenomenal success on the global stage, and proudly exports its whisky worldwide.

Nant is the only distillery in Australia to feature a traditional watermill, and their production process combines ancient mountain water from the nearby River Clyde with local, estate grown barley to produce their delightful signature flavours.

Nant uses small barrels to ensure maximum wood contact during the aging process. The picturesque estate is located at a high altitude above sea level, which causes the lower atmospheric pressure to draw color and flavor out of the wooden barrels with a unique and unreplicatable degree of intensity.

This combination of altitude, ancient water and locally grown barley personifies Tasmania’s charm into a warm and welcoming drop.

Nant Distillery’s picturesque setting, passionate distillers and remarkable whiskies create the perfect destination for whisky lovers and is a ‘must visit’ for anyone interested in drinking ‘world class’ malt.

Sullivans Cove is a highly decorated, award winning distillery located at Cambridge, Hobart. The passionate whisky house made global headlines when it won the coveted ‘World’s Best Whisky’ trophy at the 2014 World Whisky Awards, and flies the flag for Tasmania’s expanding presence on the global whisky stage.

Sullivans Cove is not new to the limelight — the talented team responsible for 2014’s ‘world’s best whisky’ also stands behind dozens of local, national and international awards.

Like most other Tasmanian whisky producers, Sullivans Cove takes advantage of locally grown barley and clean, pure water to produce the rounded, creamy and flavoursome whisky Sullivan’s Cove is famous for.

Overeem is a boutique distillery located in Blackmans Bay, about 45 mins by car from Hobart. Founded by passionate whisky entrepreneur Casey Overeem in 2005, Overeem’s range of single malt whiskies are available throughout Australia, the Netherlands and the UK.

Prior to gaining a distiller licence in 2005, Overeem researched whisky production for many years. The Overeem factory is located at Overeem’s family home (he likes to ‘walk to work’), and production capacity is limited to around 5,000 litres a year. Due to increasing demand and a stream of awards rolling in, the distillery plans to double production capacity in the next few years.

Using an all-copper pot still made in Hobart by Knapp Lewer Contracting, Overeem combines all-Tasmanian ingredients with decades of research and experience to produce their award winning drop. Sherry, Port and Bourbon casks are used to produce whiskies of different styles, in small 100 litre barrels.

Distillery tours are not available. For more info visit their website. Return to top.

Redlands Distillery is the newest addition to the whisky industry in Tasmania and was established by the Hope, Lark and Reid families in 2012. Redlands is the only paddock to bottle distillery in Australia (and second in the world, the only other being Kilchoman, Scotland) which means that each and every step of whisky production process, including the cultivation of barley crop, is done on site.

Head Distiller Dean Jackson combines plump and flavorsome Franklin barley with locally sourced mountain water to produce Redlands’ range of spirits. At present, the capacity of the distillery is limited to 7,300 litres per year however this is expected to expand in future.

A detailed tour of Redlands Estate Distillery is conducted multiple times a day and visitors can get a chance to watch the various processes involved in whisky making; sampling is also carried out.

Learn more about Redlands Distillery in our feature article.

The epic Hellyers Road Distillery can be found in Burnie, and is the largest single malt whisky distillery in Tasmania. In 2010, Hellyers Road Peated Simple Malt was voted #1 at the Malt Whisky Society of Australia’s Awards for Excellence.

Hellyers Road Distillery is named after the famous European surveyor and architect Henry Hellyer who devoted his life to exploring and mapping Van Diemen’s Land. One of his major accomplishments was the Old Surrey Road, a path in the wilderness hand carved by Hellyer and his men. Today, this same path leads to Hellyers Road Distillery.

Whisky making at Hellyers Road is a combination of science, art, passion and tradition. Visitors take guided tours of the distillery to gain complete knowledge of the whisky making process. Visitors can sample whiskies and pour and wax seal their bottle of choice.

Guided tours are not available . For more info visit their website. Return to top.

Located on the southeastern Tasman Peninsula  and neatly nestled into the side of looming Mount Arthur sits the William McHenry and Sons Distillery. Much like the other whisky producers in Tasmania, this small distillery has taken the whisky world by storm with its rich and robust whiskies, gins and vodka.

The temperate cool climate of the southeastern region and the presence of some of the world’s cleanest air facilitates a clean and pure production process and smooth, gradual maturation of the distillery’s products.

Visitors can experience guided tours by appointment, and can choose to participate in a four hour hands-on gin production workshop.

Rumour has it that McHenry is the great-great-great-grandson of an Isle of Skye whisky smuggler… all the more reason to drop by for a tour.

The Belgrove Distillery was established in 2010 by farmer and whisky enthusiast Peter Bingell who fell into whisky production by chance… thanks to surplus rye from his farming business. To utilize the surplus rye he had grown, Bingell decided to use it for whisky production.

Not only did he experiment with rye in whisky, but he also used homemade bio-diesel to fire his handmade copper still — making it the first and only still in the world to be fired by bio-diesel.

In 2013, their first ever 100% Rye Whisky bottled at 42% ABV and 100% Rye Whisky Cask Strength at 59% ABV were released. To make his rye whisky appealing to drinkers of malt whisky, Bingell ages the rye in ex-malt whisky barrels from Sullivan’s Cove, Lark and Overeem.

For more info visit their website. Return to top.

Explore more of Tasmania on another trail.