Cascade Brewery is the oldest continually operating brewery in Australia and is only about 10 minutes’ drive from the Hobart CBD. It was founded in 1832 and the man credited as the brain behind the business was a bloody genius by the name of Peter Degraves. Degraves was born in England, where he studied civil engineering and became an expert in drilling for water. However, he decided to emigrate to Van Diemen’s Land and start a sawmill operation there with his brother-in-law, Major Hugh MacKintosh. They arrived in Hobart Town in 1824, accompanied by Degraves’ wife and eight children as well as the most up-to-date sawmill machinery they could find.

The brothers-in-law were granted 500 acres in the area known as the Cascades, to the west of Hobart Town and at the foot of Mount Wellington. Today the site falls within South Hobart.

The next year, Degraves received another 2,000 acres that reached all the way to the Organ Pipes. Their sawmill was in operation by 1825 too but Degraves had not paid all his debts before leaving England, so he was sent to prison in 1826 and the brothers-in-law lost their sawmill. The story goes that Degraves designed the brewery while in prison and started it when he was released but some historians now believe that it was actually Hugh MacKintosh who started the brewery while Degraves was still serving his sentence. Either way, the original brewery was built of stone and wood and soon produced beers that were all the rage on the Australian mainland. 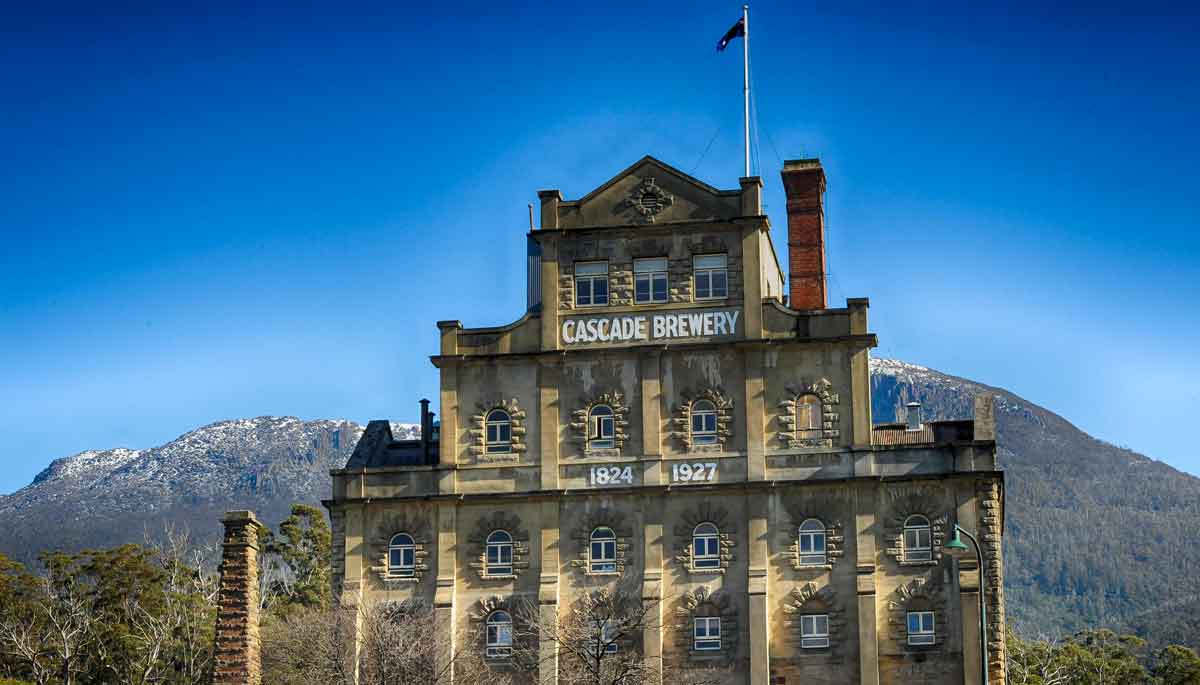 Mackintosh died in 1834 and Degraves managed the brewing operation as well as a new sawmill. Even though he quickly became one of the colony’s richest men, he wasn’t always very popular with the people of Hobart Town. They felt that he used more water than he was entitled to, reducing Hobart’s water supply in the process.

In 1868, a new brewery building was constructed and the old one demolished. Over the years, more buildings were added and Cascade Beer became a household name.

On 7 February 1967, Australia’s first rip-top cans were being filled at Cascade Brewery. However, this day is remembered not for newfangled beer cans but for being Black Tuesday: the day that Tassie experienced the deadliest bushfires in its history, killing 62 people. Hobart was hit especially hard and among the many buildings that burned down was the Cascade Brewery.

Immediately after the fire, work began on restoring the complex while the Boags Brewery, which Cascade had bought in 1927, increased production so that the people of Tassie wouldn’t go thirsty. Within three months, however, Cascade was bottling beer again at the original site.

Today the brewery conducts popular tours and is open every day from 10:00 to 16:00, except on Good Friday, Christmas Day, Boxing Day and New Year’s Day. There are two types of tour: For the Brewery tour you must be at least 16 years old but the Heritage tour is suitable for children too. There is a walking track as well, which runs through the Cascade’s lush gardens and links the Hobart waterfront and Mount Wellington.

The main attraction, however, is the beer, which you can enjoy in the on-site bar and café, buy at the brewery shop or while on the Brewery tour. Australia’s oldest continually brewed beer is the Cascade Pale Ale. Other brews include Cascade Draught and Cascade Stout, all bearing labels with a picture of the almost Gothic-looking brewery against the dramatic backdrop of Mount Wellington. 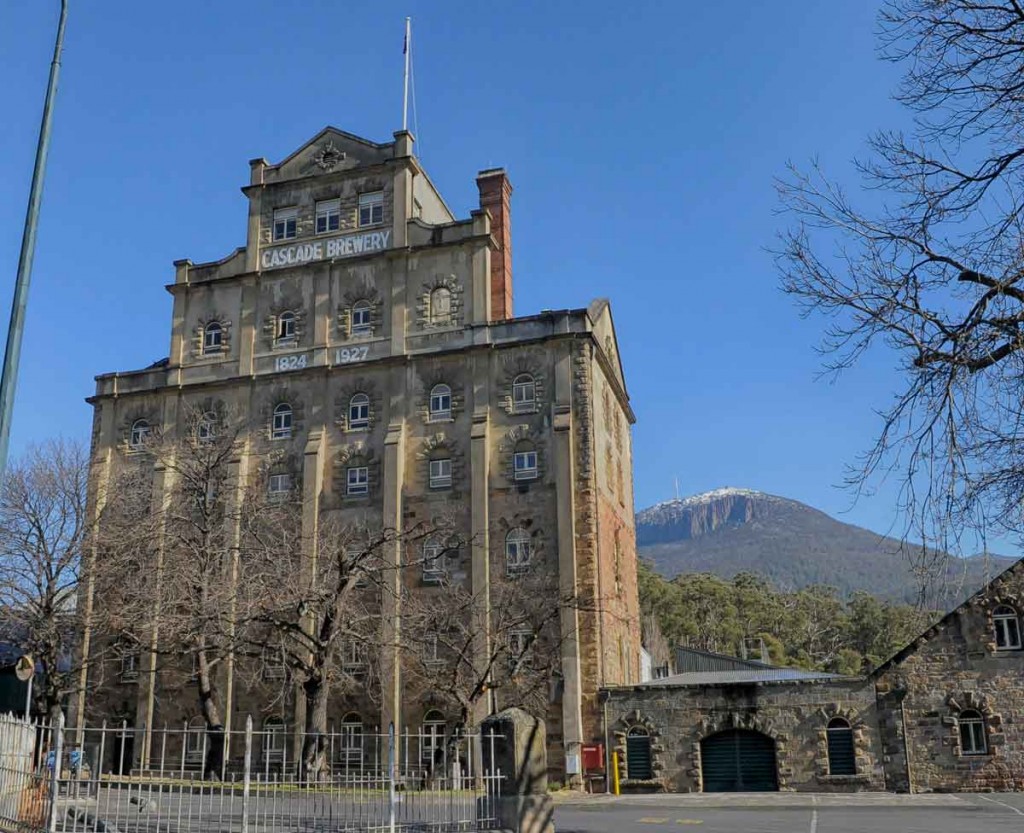